Three out of four children in Ireland aged 16 years old and under have at least one technological device.

That’s according to new findings issued today by Center Parcs Ireland, which were researched as part of Ireland’s first Family Togetherness Index. Center Parcs Ireland, which will open the doors to its luxury forest resort in Longford in 2019, developed the Family Togetherness Index in collaboration with Child Psychotherapist Dr. Colman Noctor, and found that technology can have both a positive and negative impact for families when it comes to quality time spent together.

Commenting on the research findings, Dr. Colman Noctor said: “The Family Togetherness Index has found that quality time spent as a family unit is a key contributor to the overall happiness a family feels. In the contemporary world however, it is not unusual to observe families who all spend meal times on devices communicating with other people and all watch TV in separate rooms. The research proves that this extensive use of technology is a source of conflict for many Irish families, a challenge to quality time and thus the level of happiness a family experiences.”

The battle for screen time

The nationally representative study, which was carried out among parents of children aged 16 and under, found that children in Ireland spend an average of three hours per day using technological devices, with 8% spending six hours or more. Three out of four children under 16 own at least one device, with the tablet being the most popular (56%), followed by the smartphone (47%).

According to the findings, more than half of parents (57%) are unhappy with the amount of time their children currently spend using technology, with one in four of those (24%) revealing an overdependency on social media, online games and YouTube to be their biggest concern and 15% admitting that their biggest concern is that it’s anti-social and unhealthy.

83% of parents agreed that they find the use of technology and social media in the home to be a personal challenge as a parent, with 36% of those surveyed calling it a significant challenge, while the research found that mums are 29% more likely to find this challenging as a parent when compared with dads.

Despite this statistic, less than one in three parents (29%) frequently intervene to stop their children from using technology. Dr. Colman Noctor commented: “According to the results, the most likely outcome for parents who intervene with their child and technology is an argument (40%) so it’s not surprising that parents are hesitant to come between their child and the device.”

While technology can be a barrier to family togetherness, the study found that it can also assist in bringing families together, thanks to the TV. 93% of parents admit that a TV or movie night with their children can provide real joy for the family unit, with 54% of those revealing that TV or movie nights frequently provide these moments for family fun.

Commenting, Dr. Colman Noctor said: “The research reveals that family rituals play an important role in providing structure to family life. Technology that is not made to be viewed in isolation, such as the TV, provides the opportunity for a family ritual such as a weekly movie night. This brings family members together to create opportunities for togetherness and, in a busy world, it may be necessary to schedule these opportunities.”

While 72% of parents in Ireland frequently feel truly connected to their children, the research reveals the best way to achieve this is through taking the time to play with them. Dr. Colman Noctor noted: "The good news, particularly for working parents, is that it is relatively easy to achieve a closer bond with your child/children, as an abundance of time is not what’s required, it’s merely quality time or time well spent, whether that is playing a game together on the computer or taking a walk in the park.”

Martin Dalby, Center Parcs' CEO, commented: “At Center Parcs, our mission is to provide the ideal setting for families to create lifelong memories and spend quality time together. Our luxury forest resort gives you the opportunity to disconnect from technology, work and the outside world with the beautiful backdrop of the great outdoors, so that you can truly focus on your family and having fun, try new things together or just relax, and we look forward to bringing Center Parcs to Ireland in 2019!"

The study set out to develop an index to measure and track family togetherness. The intention was to get below the surface of what parents say on initial thinking about the concept and explore the various elements that actually contribute to family togetherness. The concept was to combine these key factors into the final index score that would be nationally representative of the Island of Ireland and trackable over time. In addition, we wished to ensure the index took account of the full gambit of issues facing parents today, so as to better understand the complexity of parenthood.

The survey was conducted with a representative sample of parents with children aged from 0-16 years across the Island of Ireland.

We set out to achieve a sample of 500 in ROI and 120 in NI. In the end, we conducted interviews with 636 parents across the country. Both dads and mums were eligible.

Demographic quota controls (age and region) were used to ensure correct representativeness. Regionally, the analysis is based on five regions, which sets NI in its correct proportion within the total population of the Island of Ireland, alongside Dublin, rest of Leinster, Munster and Connaught/Ulster.

Fieldwork was undertaken online using Behaviour & Attitudes Acumen panel in ROI and the Research Now panel for NI. Fieldwork on the project took place between 12th and 22nd December 2017

Colman Noctor is a Child and Adolescent Psychoanalytical Psychotherapist. He has worked across a range of Child & Adolescent Mental Health Services both in Ireland and abroad and he has a wealth of national and international clinical experience.

Having completing a Post Graduate Higher Diploma in Child and Adolescent Mental Health in Dublin City University, Colman completed a Graduate Diploma in Psychoanalytic Studies in Dublin Business School and a Master of Science in Child and Adolescent Psychoanalytic Psychotherapy in Trinity College Dublin. Colman has recently completed his Doctorate in Psychotherapy in Dublin City University.

Our vision to bring new and unique family breaks to Ireland is now becoming a reality, with Longford Forest set to open its doors in summer 2019. Our forest resort, at just under 400 acres in Longford Forest will include 470 luxury lodges and 30 stylish apartments which will accommodate up to 2,500 guests in a safe, peaceful, and car-free environment. Our guests will be able to enjoy more than 100 family activities – both indoors and out – a range of restaurants and shops, and our famous Subtropical Swimming Paradise, which will be Ireland’s biggest and most impressive water park ever. Something to do for everyone in the family, whatever the weather. With miles of beautiful forest to explore, guests will choose how to spend their time – filled with activities or simply taking life slowly and soaking up the beautiful surroundings. 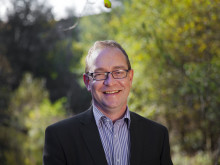